A witchdoctor known as the “River Priest” 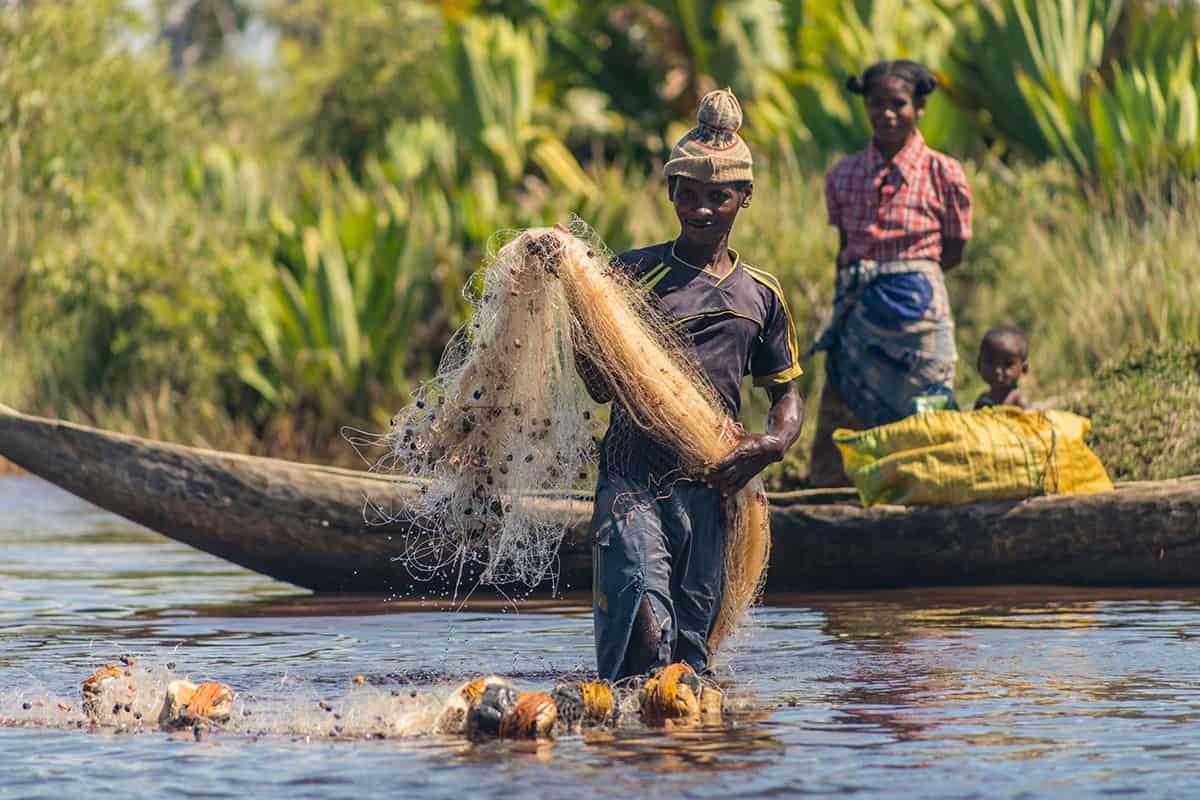 He was also the local healer, a shaman in touch with spirits

Sidy became quite sick and for four months was unable to heal himself. He spent his days in extreme pain, constantly vomiting and unable to stand.

Thats when Pastor Bruno*, a dedicated servant of Christ and part of a Madagascar film team arrived. Without asking permission, he set up to show JESUS in one of the villages. Sidy heard about it but was too sick to oppose, much less come and watch.

Pastor Bruno felt led to show JESUS a second night. This time Sidy was able to come. As often happens, the life of Christ deeply touched many hearts, including his.

Sidy was stunned, saying, I never thought that one would give his life for another. I saw that Jesus loves me.

So, Pastor Bruno prayed, standing against Satan and the evil spirit. God healed the witchdoctor! Pastor Bruno applied his training: Now I need to teach you more about Jesus Christ.

Next, and before all his people, Sidy announced, From now on, I will follow Jesus. I have been leading you in the wrong way. It is from Satan. Jesus is the true God. But some of the people couldnt believe what they were hearing. How could this authoritative witchdoctor, whom they had long feared, be so radically changed?

Sidy then took a bold step.

He went down to the river, caught a fish and ate it publicly. The people protested loudly. How can you do this?! Youve told us this is forbidden. You will die! But nothing happened. To them it was overwhelming. Sidy declared: I have eaten the fish to show you that Jesus is the true God of the river. He healed and saved me. He then shared the gospel with them and urged them to also eat fish from the river, assuring them, You will not die.

The bravest rushed to the water, caught fish and ate as well, without harm. Pastor Bruno also showed them the JESUS film. And many believed.

Because he was so respected, Sidy became the pastor of a new church with 20 members and changed his name to Paul.

Pastor Bruno took Paul under his wing, teaching him how to readusing the Bibleso he could share the Scriptures and his testimony. Bruno also followed up those new believers, discipled and taught them in their new faith. The new church, the first in the area, has since grown from 20 members to about 75! Moreover, the people have walked to other villages with Pastor Bruno and the JESUS film along with Paul, the former witchdoctor. They all tell what Jesus has done for them.

Today, the people catch fish in the river and sell them in the local markets, improving their health and the economy of their village. Its become quite a business. Best of all, Paul, Pastor Bruno and the believers have a grand vision to take the gospel and JESUS to all the surrounding villages. They too will be trained in church planting, follow-up and discipleship. To Him goes the glory! What a wonderful story!

* A few months earlier, Pastor Bruno had taken the Global Church Movements training. Part of that training is to field and lead film teams who use JESUS to plant and follow up new churches.

Sometimes its not clear whether a sickness is a result of demonic oppression, is physical, or both. Yet demonic activity is real and common. Whatever the cause, film teams pray to Jesus, the Great Healer, asking Him to act, to demonstrate His power.

It is you and many partners who make all this possible. Thank you!

Every gift makes a differenceimpacting people with the gospelpeople like Sidy and many others. Thank you again for your prayers and partnership with the ministry of Jesus Film.

Hours are limited because of the Coronavirus; you can leave a message, and someone will call you back. Please do not leave personal credit card information on your message. Thank you for your understanding and patience.