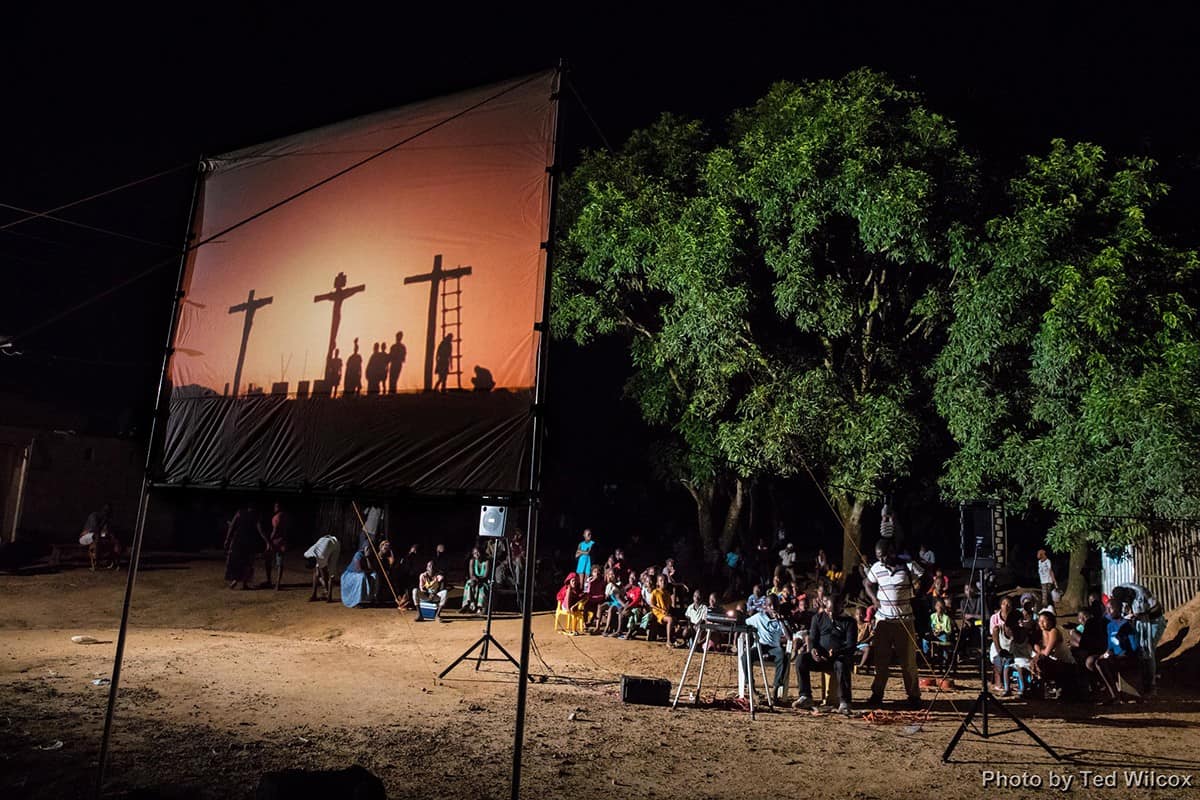 While the fighters were planning their attack … the team arrived at the showing site.

They unpacked their portable set, erected the screen and plugged in their solar/battery-powered projector. By the time Jubas followers arrived at the site, the film team had already started JESUS.

The assassins decided to delay their ambush until they could catch the film team alone, so they waited patiently for the people to leave. Confident that his men would act, Juba stayed at his home. After all, he had no reason to see the outsiders wicked film.

With the fighters waiting in the wings, everyone watched JESUS

… including Jubas men. The gospel in visual form played out before all. They heard the Word of God in their heart language. They marveled at Jesus miracles, His death and incredible resurrection never before had they seen or heard such wonders.

When JESUS ended, many of the people remained to talk with the team, including one of the men sent to kill them. He later said that something burned within hisheart as he watched and listened,something he could not shakethe Holy Spirit.

Others in the gang must have felt the same for all the fighters walked up to the film team and presented their guns, confessing, We came to drive you from our villages, to kill you. But tonight, God has touched our hearts. Please now take our weapons and punish us.

The team took the weapons but replied, We will not punish you, but we will eat {and fellowship} with you! Our God has saved you from darkness and brought you into His light.

Made new in Christ, the fighters returned to Juba to tell him what had happened, about the film, the message they had never before heard, that Jesus had died for everyones sins.

Tears came to Jubas eyes. His heart began to ache for Jesus, and Juba joined them, becoming a follower of Jesusa supernatural intervention by the Holy Spirit! Today Juba still searches for boys and men to recruit, not to become fighters, but that each might come to know the saving grace of Jesus. 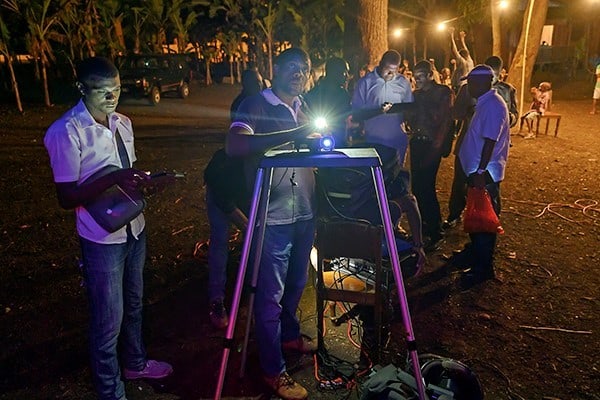 Amazingly, from among these new believers could come new evangelists and church planters. They can be discipled, grow in their faith and when ready, join JESUS film teams! Its happened before many times! Delivered from darkness, such teams ache to see their own people delivered from the chains of hate and deception.

Equipped and trained, film teams will go where western missionaries cant. They will show JESUS in their peoples mother tongue, disciple new believers and plant churches. All they need is the equipment and the training. One of the best tools available is the Church-Planting Resource kit. Highly portable, solar-powered, each kit can show JESUS and other material to 200 people at time.

Hundreds of film teams anxiously await their own Church-Planting Resource Kit. Perhaps you are able to help supply one Backpack Kit, or cover just a portion? And remember that $100,000 Challenge Grant, that generous couple who invites you to join them in the harvest.

As youare led to help reach more people with the gospel in their heart language,please click the button below to help. Thank you so much!

Or please visit the Jesus Film Gift Catalog. Here, youll find a number of tools you can send, gifts suitable for every budget, through which you can help give more people and the worldJESUS.

Thank you for your participation in whatever way God leads you. We are grateful! 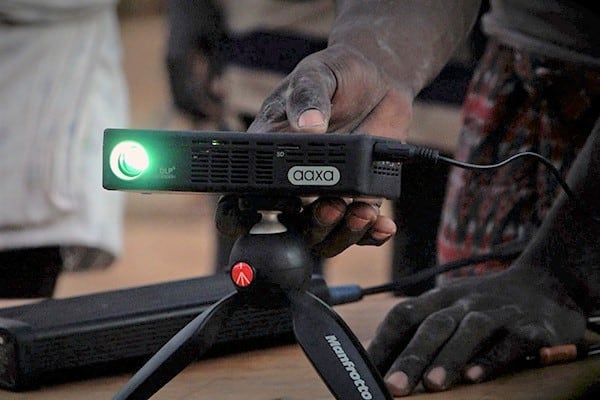