Transformation by the Power of God. 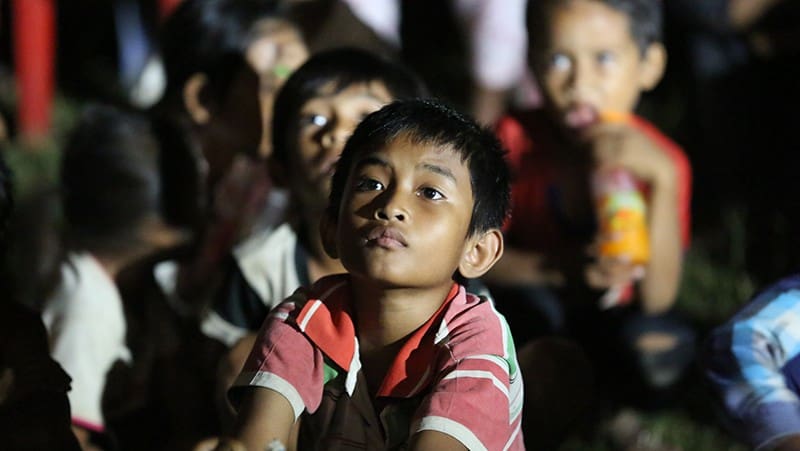 Look at the nations and watchand be utterly amazed. For I am going to do something in your days that you would not believe, even if you were told (Habakkuk 1:5 NIV).

A crazed man walked into the tent

He threw a propane gas tank on the projector table and opened the valveexplosive gas began hissing out, then he pulled out a lighter.

As people panicked, the JESUS film team leader (George) approached the man, calmly in love and without fear. As he tried to speak to the man, a person nearby quickly reached up and closed the valve. Another person grabbed the mans hands and tied them behind his back. The threat was over. Then one of the men offered, Do you want me to take him to the police?

Several in the audience spoke up, No! Dont take him. Not until we see the movie! So, everyone remained, including the crazed man, his hands tied up, watching The Story of Jesus for Children. After the showing, team leader George led the man away from the crowd and began ministering to him: No matter what kind of problem you have, God still loves you.

The mysterious stranger replied, I dont know whats wrong with me. Tears welled up in his eyes. Why dont you take me to the police? Seeing that the man was acting more normally, George responded: The police will arrest and fine you.But there is One who can cure you:Jesus.

Our tent will be here all week. Why dont you come back if you want to talk more or need prayer?

Two days later The man returned, but he was much calmer. He sat quietly and watched the entire film JESUS. Absorbed in the story of Christ, His miracles, and His Word, he recalled Georges comforting statement, that Jesus could cure him.

When the film ended, team leader George went to the front, picked up the microphone, and asked if anyone wanted to devote their life to Christ.

The man shot up. Tears again welled up in his eyes. He became the first in the crowd to follow Christ!There is now a church planted in that village with many new believers worshipping the Lord, growing in their faith. Glory and thanks go to our miracle-working God!

*Some identifying details may have been changed for confidentiality.

You play a vital role in all that God is doing!

As you join with me in prayer and giving, you are helping empower Jesus Film Project and our partners to expand Christs transforming presence, not only in this region, but also across the globe. Thank you for your prayers and partnership with the ministry of Jesus Film.

As you feel led to help reach more people for Christ with the JESUS film, you can, through secure online giving via credit card or by calling toll free (800) 387-4040, 9:00 a.m. to 5:00 p.m. (Pacific Time), on any weekday.Thank you for caring and making a difference in the lives of men, women and childrennow and for eternity!