Whoever Has Ears, Let Them Hear 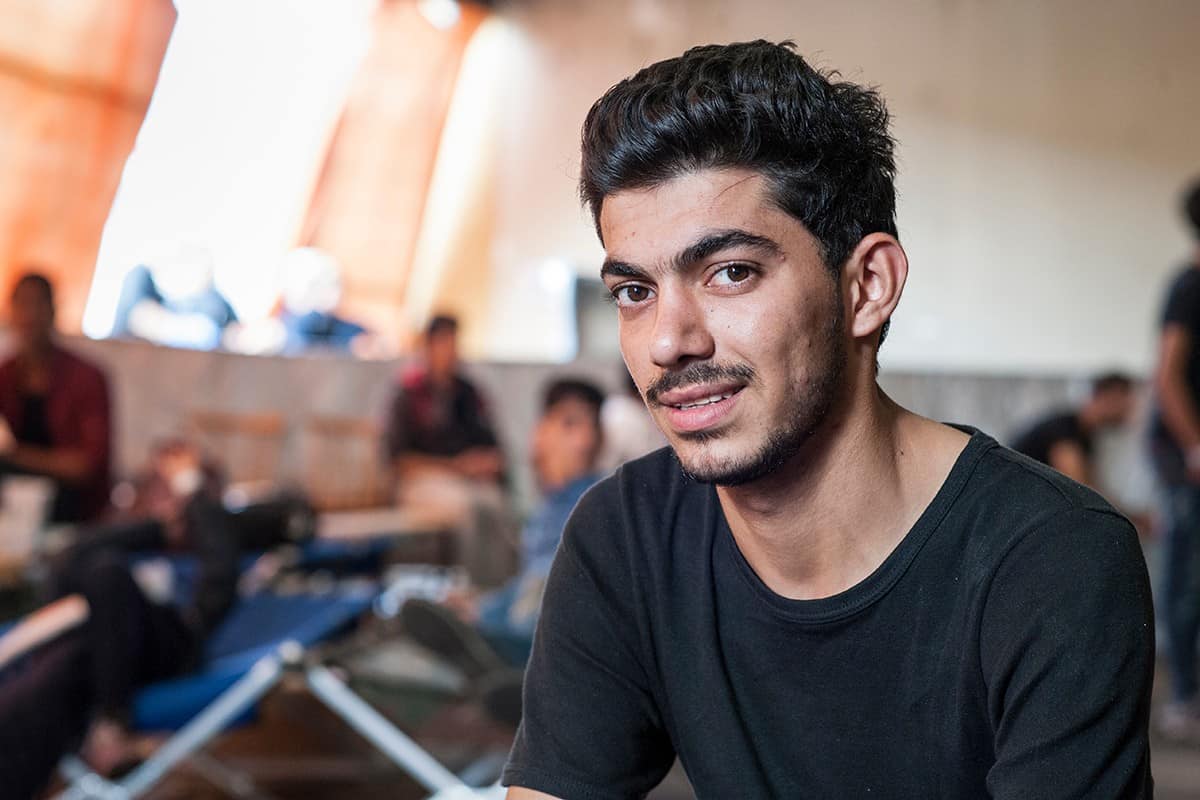 After watching JESUS film segments on a partners Facebook page, Sadi* connected with the team through online chat. As his curiosity grew, team members answered his questions about Christianity and explained more about Jesus. Although he was from another religion, Sadi steadily agreed more and more about who Christ was and learned about salvation through Him. Sadi ultimately declared Christ as his personal Lord and Savior.

The team helped Sadi mature in his newfound faith with biblical lessons, but he craved Christian community, so they connected him to a church in his area. Sadi continued to grow in faith as he attended the church and was baptized.

At this point Sadi had moved out of his parents home, despite extended families commonly living together in this culture. He likely feared persecution for choosing to follow Christ. Unfortunately, Sadis parents did persecute him once they learned he had become a Christian. A prominent militia also threatened him, so Sadi fled to another continent. Although he had to start a new life in another nation, he is blessed by a new spiritual life in Christ.

Naila, eager to know about Jesus, sent a chat message to a Jesus Film radio network partner on Facebook. Naila had grown up in the dominant religion of her region but as she read more about her religion, she felt shocked and sought answers elsewhere.

The more the radio network staff told her about Jesus, the more Naila loved Him. As staff members continued following up with her, Naila surrendered her life to Christ and continued reading the Bible and spiritual books to grow in her faith. Despite living in poverty, miles from any church, she insisted on attending one.

Naila wanted her mother to attend church with her. In time her mother agreed to go. The more they went, the more Nailas mother also started loving Christ and encouraged her daughter to go more. Church leaders recently baptized Naila, and her mother also accepted Christ as Lord and Savior!

How You Can Pray

1. Praise God for reaching many thousands of people in this difficult region through Jesus Film broadcasts and online evangelism. Ask Him to reach more people through broadcasts in the coming years.

2. Pray for the radio networks, their staff, and all evangelists in this region. Ask the Lord to reward their faith with new believers in abundance.

3. Pray for Naila, Sadi and all of the people in their region who have accepted Christs call. Ask the Holy Spirit to guide them as leaders in a growing spiritual movement.

4. Pray against persecution in this region. Ask God to protect believers and seekers in mind, body, and spirit.

Thank you for standing in the gap and supporting broadcasts and internet evangelism. Your gifts and prayers are helping to reach people with the gospel using Jesus Film Project content across multiple platforms and in their own languages. Thanks to your support, thousands upon thousands of people in this region are learning about Christ. Many have answered His call and in turn are sharing the Word of God with others, no matter the cost.