This Fathers Day Give Dads the Greatest of All Gifts 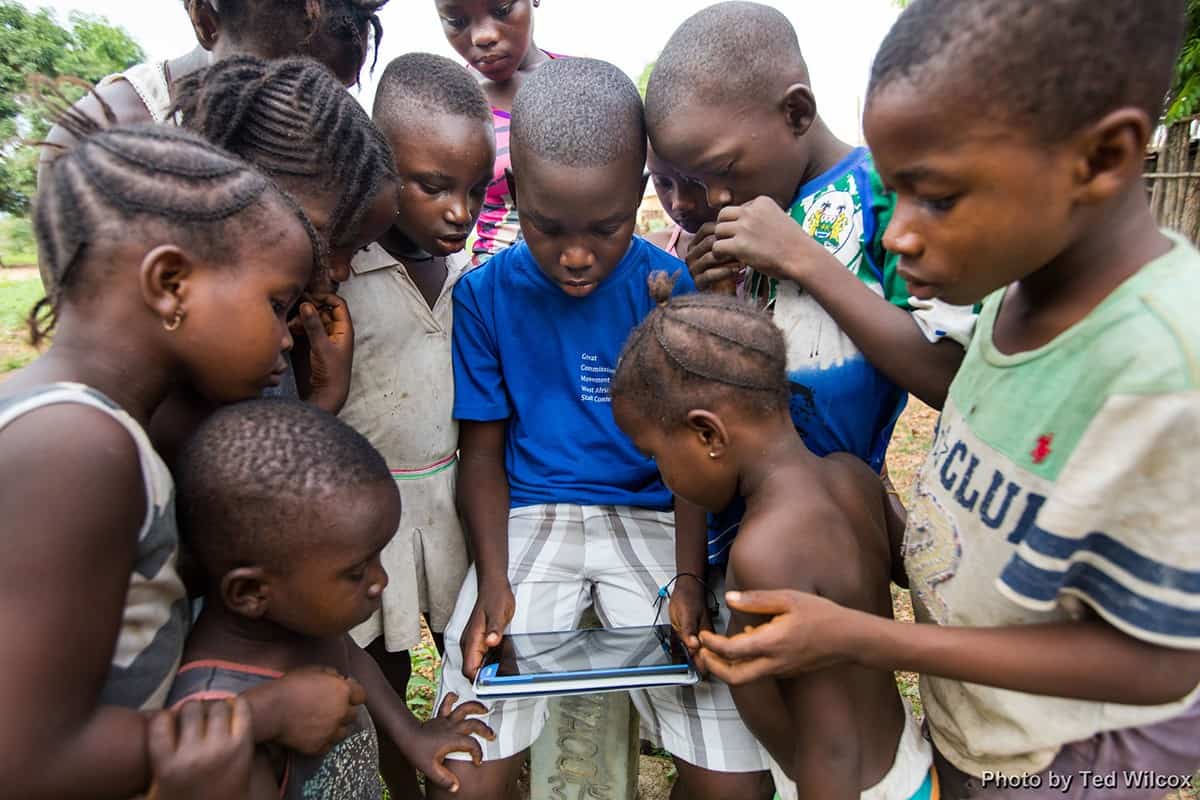 A donor issued a Challenge Grant of $38,500 to inspire you! Together, you will reach more people with the gospel.


For Father’s Day honors gifts, please add your honoree’s name and address, click on “Send a Message” in the checkout page.

The Heart and Power of God …

This Fathers Day, you can equip Christians in dangerous nations witha digital tool of evangelism, that is nothing short of awesome. I want to introduce you to what we call aNewLifeBox.Anywhere it is taken this device creates a Wi-Fi hotspot that invites people to watch or download JESUS on their phones! You can provide oneNewLifeBoxfor a gift of $220.

First, you may want to read this incredible story of how God used just oneNewLifeBox.It happened in an extremely dangerous country, where the culture is hostile to Christ and His followers.

Every day a JESUS film team here begins their ministry with the same prayer.Holy Spirit, where should we go today?One day as they walked and prayed, they heard the voices of children. Following the sound, the team entered a compound filled with children and began talking to them about Jesus. The team had no idea where they were and the risk they were taking.

The police heard what they were doing, moved in and arrested them. Before being hauled away, a team member had the presence of mind to quickly turn on aNewLifeBoxin his backpack leaving the backpack behind.

THEN CAME THE ONSLAUGHT

Arrested by the authorities, they transported the team members to the police station where they subjected them to torture, beatings, and threats. How dare you? you are spreading lies you are teaching heresy you will stop at once!

Thinking they had intimidated the team enough, the police let them go. The team made their way back to the compound to retrieve the backpack. To their amazement hundreds of children were quiet, sitting in groups, eyes fixed on their smartphones, watching something but what?

As they got closer, their best hope was confirmed: the children were watching the film JESUS on their phones. You see, that battery-poweredNewLifeBox they left behind creates a Wi-Fi hotspot, inviting anyone looking for a hotspot, and within 150 feet, to watch a film about Jesus.

In all, there were 672 children, and most were engaged with JESUS. Now the children began asking the film team many questions about what they had seen and heard. Then the children asked one more question … Can you help us tell our parents about Jesus?

Later, the team learned that the compound was a training center for the children of wealthy militants! The Lord had led the team and this amazing tool to the primary school for their children, where they were learning to fight for their religion. Pray now that the doors remain open to many of these children and their families to learn more about Jesus.

You Can Help Lead Many More To Christ

These Wi-Fi hotspot devices are so effective, so much in demand, especially in closed nations, that we have an urgent request to send 350NewLifeBox kits. A generous couple has issued a Challenge Grant of $38,500, funding the first 175 devices. They hope to inspire you to follow their lead, doing what you can to supply the remaining 175.

Your gift of $220 will supply one NewLifeBoxkit for a waiting worker, and provide the training. Your gift of $110 will cover half the cost of one of these powerful devices. Or you can send two devices for a gift of $440. A gift of any size will help give unreached people Jesus. 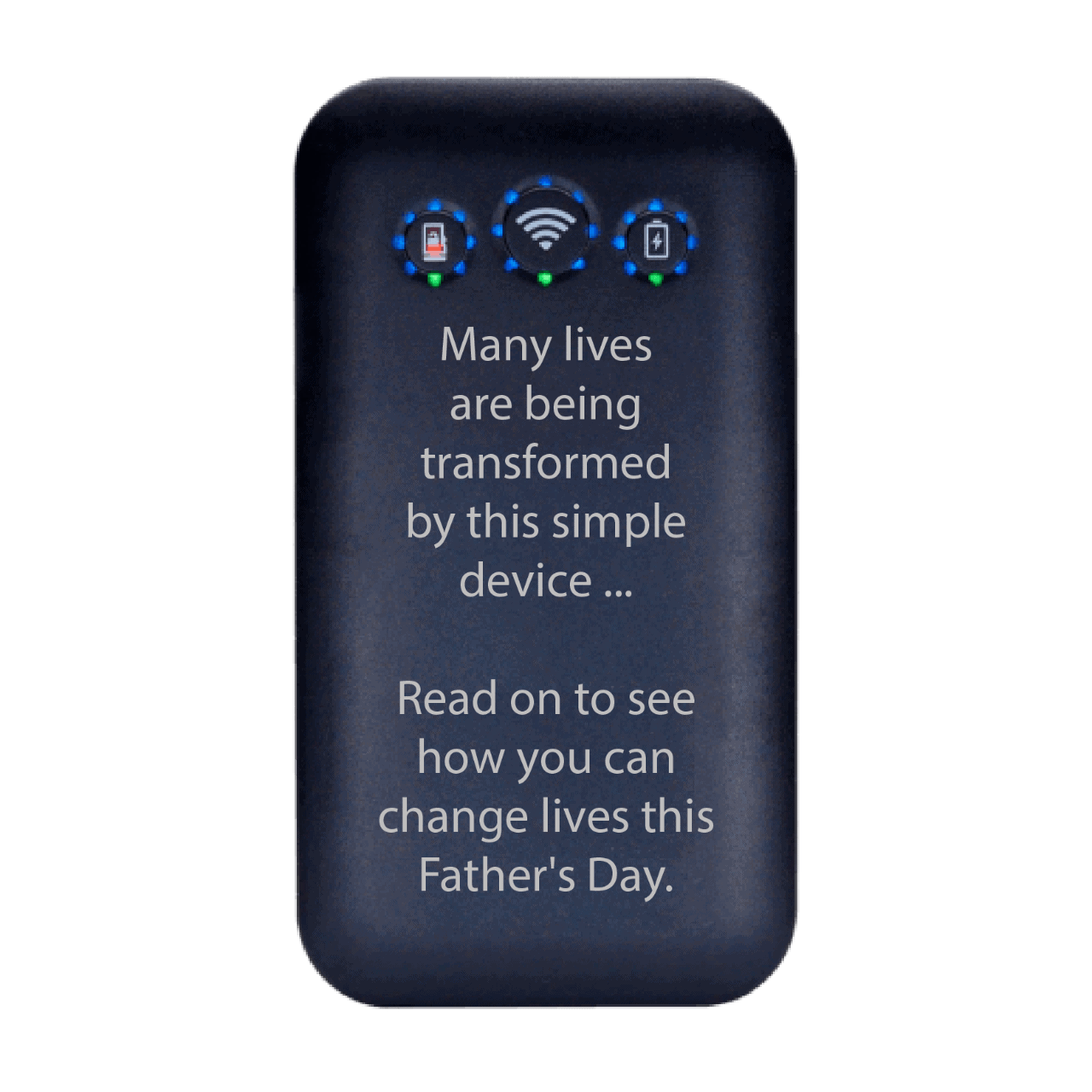 These digital tools are especially effective during the continuing pandemic, broadcasting the gospel virtually anywhere. Whether sitting in a home, in a park, socially distanced at a bus terminal, or sitting on an isolated seat on a bus, people will see a message: Watch a movie about the life of Jesus. Then they watch! They can also download the film onto their smartphones to view later or share with others. Many do, experiencing the gospel story many times.

Most of the workers waiting for this digital tool are young men, husbands, and fathers. What a great gift to send them this Fathers Day. Once equipped, a worker charges the battery at night, turns it on during the day, and then witnesses people watching JESUS, right on their phones, and in their heart language. Its then that the Holy Spirit moves in peoples hearts, testifying that all they are seeing, and hearing is truth, the very Word of God. The remaining 175 NewLifeBoxkits are needed as soon as possible. So, prayerfully consider following the lead of that generous couple who has covered half the need. As the Holy Spirit leads, help shine His light into the darkness, even in dangerous nations. Click below to give safely and securely. Thank you so much. 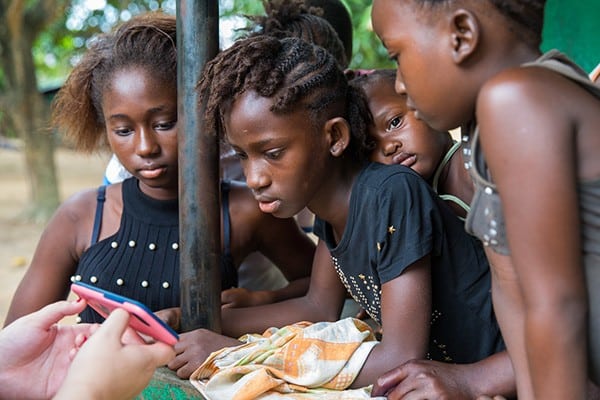 Honor Your Dad on Father’s Day

As you give to send the NewLifeBox kits, why not honor your own father at the same time? Well send an encouraging Fathers Day card, letting him know you have given to help lead people to Christ in his honor. Please click the box below for complete information and how you can equip workers with these amazing tools.

When your tribute gift is received, a thoughtful Fathers Day card will be sent to acknowledge that special man you have remembered in this influential way. The amount of your gift is not disclosed.

To ensure postal delivery of your tribute gift card by Fathers Day, your gift must be received by Wednesday, June 16, 2021. Postal mail will be sent to U.S. addresses only. All other gift notifications, and notifications for gifts received after June 16, will be sent via email containing a printable card.

Choose the amount youd like to give from the list below, then click on the link to reach the giving page. To give by telephone, please call toll free (800) 387-4040 from 9:00 a.m. to 5:00 p.m. Pacific Time on any weekday. Or you can print a response card here and send a gift by mail. Thank you!

To make your gift and honor them, click here now.

(Important: To designate your gift for FATHER’S DAY, click on “Send a Message” in the checkout page, please include the full name of the person to be honored, along with their full mailing address.)

Monthly Giving is by far the most powerful, rewarding, and convenient way to make a lasting difference with your giving. Invest every month in bringing the story of Jesus toeveryone, everywhere,through digital evangelismchanging lives all year long! Give Monthly Now! 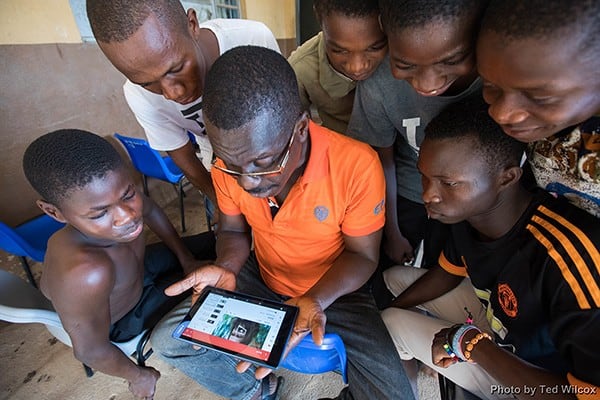