There’s no lack of scientific research on the therapeutic effect of regular rest. Consistent rest:

Rest is so critical to our well-being that God models it in the Creation narrative. It’s not likely that the architect of the entire universe needed a day of R & R to rally from the act of creation, but on the seventh day, He still rested, and then He established the seventh day as a day of rest for everyone (Genesis 2:3).

The Lord even worked a Sabbath into how His people cared for the land. In the law, He tells the Israelites:

“For six years you are to sow your fields and harvest the crops, but during the seventh year let the land lie unplowed and unused. Then the poor among your people may get food from it, and the wild animals may eat what is left. Do the same with your vineyard and your olive grove” (Exodus 23:10,11).

Giving the land a Sabbath year cares for the land. Soil becomes depleted of nutrients after years of growing the same crops. It needs to be replenished to remain vibrant and healthy. And the same thing happens to us if we’re forced to keep producing without adequate relaxation. Rest is woven into the fabric of creation-and we’re part of creation.

The prophet Elijah was a powerful man of God. Throughout 1 Kings, we see the Lord’s hand on the prophet as he performs miracle after miracle. This all culminates in a massive showdown with some of King Ahab’s Baal worshipers. You’d think that after Elijah’s unbelievable victory, he’d be on top of the world, but a crash is coming.

When Ahab explains to his wife that Elijah has bested their priests, she flies into a rage and calls for Elijah’s head. But the prophet has overextended himself, and the confidence he has previously displayed disappears. He ends up running into the wilderness, where he hides out feeling sorry for himself.

What does the Lord do? He sends an angel to Elijah, who feeds him and allows him to rest. It’s after the prophet has regained some of his strength that the Lord comes to reason with the prophet. (1 Kings 19) Why would the Lord wait? Because Elijah was in no condition to hear God’s directions and encouragement.

Sometimes we’re so motivated by a goal that we exceed our physical and emotional limits to reach it. And as soon as we accomplish it, we fall apart. If we want to remain healthy, we’ll take time for consistent rest as we climb toward our summit. When we don’t, it diminishes some of the joy of reaching our goals.

During His time on earth, the Lord knew His time was short. So He took advantage of opportunities, often pushing Himself hard. Throughout the gospels, we witness Him sitting in a town until late in the evening, healing every sick and demon-possessed person brought to Him. But that doesn’t mean that He didn’t take rest seriously.

The gospel writers tell us that Jesus frequently went off to be alone and pray-an essential element of restorative self-care. We’re even given glimpses of Jesus prioritizing His sleep.

That day when evening came, he said to his disciples, “Let us go over to the other side.” Leaving the crowd behind, they took him along, just as he was, in the boat. There were also other boats with him. A furious squall came up, and the waves broke over the boat, so that it was nearly swamped. Jesus was in the stern, sleeping on a cushion. The disciples woke him and said to him, “Teacher, don’t you care if we drown” (Mark 4:35-38)?

When we read this story, we tend to focus on how Jesus gets up and stills the storm. Jesus doesn’t sit up and hang out with the disciples. He knows the value of taking a rest when you can get it and uses this opportunity to recharge.

This is a good reminder for us to plan for rest and take full advantage of opportunities for rest as they arrive. Don’t be ashamed of taking care of your health.

Imagine two loggers. One is a towering monster of a man with shoulders nearly as broad as he is tall. The other stands at a wiry 5’2″. Who do you think will be the better logger? The answer is pretty simple; the one that takes the best care of his tools. It doesn’t matter how powerful the first man is if he’s working with a dull and rusty saw.

Rest is about sharpening the saw. It gives you an edge and makes all your other God-given abilities function at optimal levels. Without it, we end up doing three times more work to be half as productive. 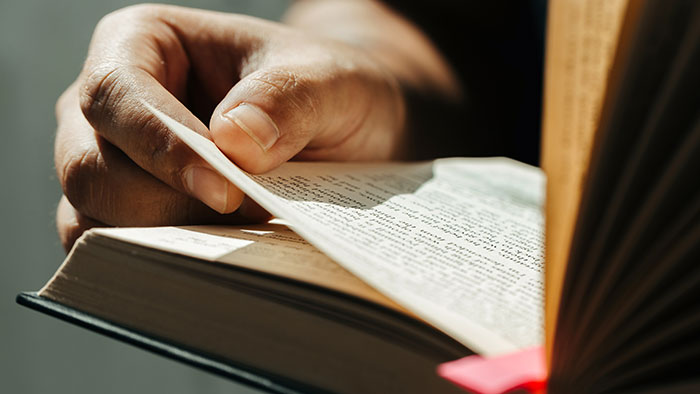 The History of Bible Translation and the Spread of the Gospel

From the very beginning of Christianity, overcoming language barriers has been a significant part of spreading the gospel. When the Spirit was…