If the Old Testament is God-breathed words, if God has supernaturally superintended its transmission down through the ages, then the Old Testament should have no problem standing up to the tests that historians use to determine the reliability of ancient documents.

One of these tests is called the “Bibliographical Test.” It is a test to see how many manuscripts we have to work with and how early they come to the time that the original copy was written.

Earlier manuscripts are generally more reliable, and more manuscripts mean that we have more to work with in order to confidently reconstruct what the original text actually said. In this article, we will be looking at the number of manuscripts available. So how does the Hebrew text stack up?

If we were to look at other ancient writings, such as Caesar’s “Gallic Wars,” Livy’s “History of Rome,” Thucydides’s “History of the Peloponnesian War,” and “The Histories of Herodotus,” we would learn how these documents boast anywhere from a handful of manuscripts to just over 250 in existence today.

But the evidence supporting those manuscripts pales in comparison to one of the most recognized and historically reliable works, which is Homer’s “Iliad.” There are more than 1,900 “Iliad” manuscripts in existence, and the earliest manuscript copy dates to 415 BC.1

But the “Iliad” can’t come even close to the number of Old Testament manuscript fragments and scrolls that have been found. Here is a brief survey of the most significant finds of ancient Hebrew texts.

In the late nineteenth century, almost 250,000 Jewish manuscript fragments of the Old Testament were found in a genizah (a storeroom or cabinet for old manuscripts) of the Ben Ezra Synagogue in Old Cairo.

Those documents were written from about AD 870 to AD 1880.2 Several years ago, more than 24,000 biblical-related materials were published from this Cairo Genizah Collection.3

A medieval bound Hebrew manuscript called the Aleppo Codex was copied in about AD 925. A codex is the term used for a book made up of sheets of leather (parchment or vellum) rather than linked in scroll form.

Many scholars consider the Aleppo Codex to be the most authoritative copy of the Masoretic text (an important Hebrew text of the Old Testament). Only 294 of the original 487 manuscript pages survive today.4

The Leningrad Codex (AD 1008), a complete copy of the entire Hebrew text, is housed in the National Library of Russia. This codex is another manuscript of the Masoretic text, and practically all modern English translations of the Old Testament are based on the Leningrad Codex.5 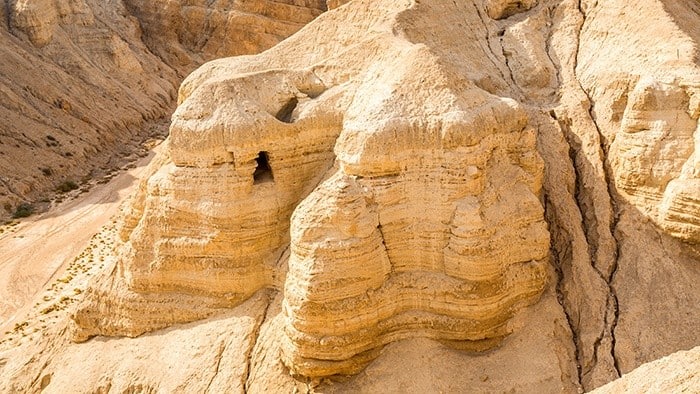 In the spring of 1947, a young Bedouin shepherd made the greatest manuscript discovery of all time. As author Ralph Earle summarizes the story in his book “How We Got Our Bible,” the shepherd boy “tossed a stone into a hole in a cliff on the west side of the Dead Sea, about eight miles south of Jericho near an ancient site called Qumran.

To his surprise, he heard the sound of shattering pottery. Investigating, he discovered an amazing sight. On the floor of the cave were several large jars containing leather scrolls, wrapped in linen cloth.”6

Once archaeologists completed their search of the Qumran caves-11 caves in all-almost 1,050 scrolls were discovered!7 Of these manuscripts, about 300 were texts from the Bible, and many of the rest had “direct relevance to early Judaism and emerging Christianity.”8 Every book of the Old Testament was represented except for the book of Esther, and the earliest copies dated from about 250 BC.

With the discovery of the “Dead Sea Scrolls” (as the Qumran manuscripts are commonly known), we now have Old Testament texts 1,175 years older than the very reliable Aleppo Codex. We can also compare the Leningrad Codex to the Dead Sea Scrolls, which are 1,258 years older.

Now here’s the exciting part: Once the Dead Sea Scrolls were compared with modern versions of the Hebrew Bible, the text proved to be identical, word for word, in more than 95 percent of the cases.

The 5 percent deviation consists mainly of spelling variations. For example, of the 166 words in Isaiah 53, only 17 letters are in question. Of those, 10 are a matter of spelling, and four are stylistic differences; the remaining three letters comprise the word “light,” which was added to Isaiah 53:11.9

In other words, the greatest manuscript discovery of all time revealed that more than 1,000 years of copying the Old Testament had produced only very minor variations, none of which altered the clear meaning of the text or brought the manuscript’s fundamental integrity into question.

The Verdict Is In

After conferring with experts such as Dr. Scott Carroll, Dr. Peter Flint, Father Columba Stewart, and others, I’ve estimated that at least 17,000 Hebrew scrolls and codices, dated earlier than the eighteenth century, exist today.10

The Old Testament more than meets the bibliographical test-without question! By this standard, the Old Testament we have today is truly historically reliable. To read more about the impact of God’s Word read Making Disciples in an Age of Biblical Illiteracy.

30 Bible Verses for Strength and Courage

The Bible is full of passages about God as our strength and defender. Throughout the Old Testament, the idea of God’s strength,…

Back in our Multigenerational Survey on Evangelism, we asked more than 1,600 Christians questions about sharing their faith. We asked, “What prevents…