I’ve been following Jesus since I was six years old (50 years). Yet it seems I’ve been asking myself the same question for decades, “How long will I have to fight against my former self?”

While it’s true God is transforming us day by day, we won’t truly be perfected until we shed this body and be with the Lord. Like teenagers caught in the frustrating position between shedding the parent-regulated limitations of childhood and the first tastes of adult freedom, Christians too, are stuck between the now and the not yet. Perhaps that’s why my favorite scripture is Philippians 3:12, “I don’t mean to say I am perfect. I haven’t learned all I should even yet, but I keep working toward that day when I will finally be all that Christ saved me for and wants me to be” (Living Bible).

A story from my past illustrates it well…

I was stupid. Barely out of my twenties and desperate to sell my car so I could get a newer one, I gave the potential buyer the keys for a test drive. A test drive from which he never returned.

Before he took the keys, he handed me five hundred dollars. That was supposed to make me feel safer about letting him drive away. It worked.

After an hour it was evident I’d been scammed. I filed a police report, but naturally, never heard anything from them. After several months, I wrote it off as a lesson learned.

Three years later, at work, I got a call from law enforcement stating they’d found my car. Confused, I looked out the window of my office and saw my current car safely in the parking lot. After several minutes arguing with the police that they’d called the wrong guy, it hit me.

“Wait, what kind of car are we talking about? Do you mean the white Ford?”

“Yes, Mr. Brooks. You filed a report a few years ago. We found your stolen car when we pulled over an erratic driver. Can you come to the station today and verify it’s yours? He says he bought it fair and square from you.”

I drove to the precinct and they showed me to the rear parking lot. I almost didn’t recognize the old automobile. It had obviously been through a few wrecks. One headlight was missing and the hood had been painted a flat black. Duct tape held the bumper in place. The seats were ripped and the back floorboard covered with beer cans and fast food wrappers. I chuckled.

Officer Willem handed me the license plate. “At first we thought it was a stolen license plate. But when he couldn’t produce a registration we investigated further.”

He escorted me back into the station. “You want to press charges?”

The cop stopped me. “He says he has the money.”

“I’ll press charges-but I want to talk to him now, if I can.”

We continued inside as he took me to a back room where the man was handcuffed. Hair greasy, with a ripped, soiled t-shirt, he looked up at me sheepishly, smelling like marijuana and sadness.

I felt suddenly superior. “So, they caught ya! How’s that Ford running? Looks like you’ve had some good times in that thing. I like the back window made out of plastic bags, nice touch.”

“I’m sorry, mister. I saw an opportunity and I took it. It was wrong.”

“You’re just realizing this? After three years?” I looked down my nose.

I held out my hand. “I hear you have my money.”

He handed me twenty, one-hundred-dollar bills. After taking the money I laid into him about the stupidity of crime and importance of being a decent citizen. He quietly nodded.

Then something changed inside me. Something about his demeanor touched me. His eyes showed remorse. Not aggravation for being caught-but sorrow.

The man looked out the window, “I made a stupid decision. I have a family now and I didn’t know how to make it right. I hoped it was so long ago no one cared.”

Officer Willem stood with his arms crossed over his large belly. “This isn’t a bicycle, it’s a car you stole. Mr. Brooks here, is pressing charges so-”

At that, the man sat up straight and his eyes brightened. “You’re not? Why? I mean, thank you.”

“I guess you caught me on a good day. I’m tired. I’m hungry. And I want my money so I can forget about this-about you.”

“Thank you” he repeated and sighed.

The cop looked at me, confused. “You sure?”

I nodded slowly, myself confused.

A young woman holding a newborn in a carrier walked in the door and up to the female officer at the front counter. “I’m here to pick up my husband.”

The thief stood up and turned to Officer Willem, “That’s her. She doesn’t know. I’m ashamed to tell her.”

“You should be.” The cop grabbed the man’s shoulder and shoved him back into the chair. “But hold your horses, Romeo. I got paperwork to do.” 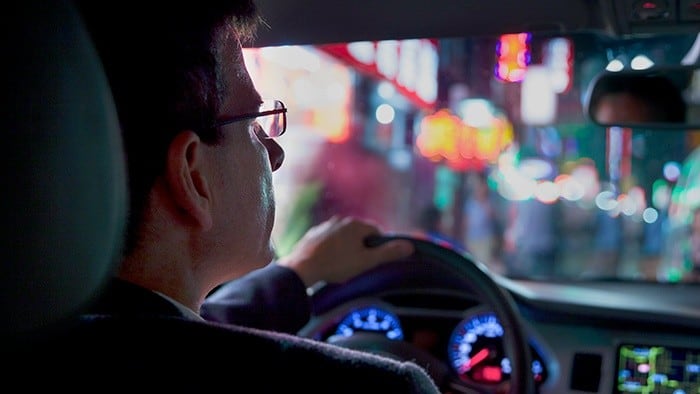 On the way home, I thought about that old Ford. It certainly wasn’t worth much now. Its condition mirrored the man’s life-road weary and bearing the scars of wrong choices. Anger flooded me. When I gave him mercy, I saw gratefulness in his eyes, but I was not happy about my choice. I regretted leaving without punishing him more.

Am I weak? A pushover? Why didn’t I file charges? How’s he ever gonna learn?

It was as if I had a little demon on one shoulder and an angel on the other, taking turns whispering accusations and affirmations. Sadly, I wanted to flick the angel off my shoulder and turn my car around. But I managed to get home.

Still, I struggled for several hours with my choice. Finally, I heard only one influence; a gentle voice in my ear reminding how often God had given me mercy when I deserved the opposite. Ouch!

I had done the right thing for this situation and I needed to embrace that.

The Holy Spirit often works through me like this-giving mercy against my better judgment, showing compassion when it’s not usually part of my nature. I’m thankful when God takes over, because I can be a real jerk when he doesn’t. It’s evidence Jesus indeed lives in me, even when the old me wants to rise and do it my way.

God has promised He’d change us. Ezekiel 36:26 says, “And I will give youa new heart, anda new spirit I will put within you.And I will remove the heart of stone from your flesh and give you a heart of flesh” (ESV).

Do you struggle like the rest of us to see lasting change in your life? Do you fail at times to represent what a Christian should act like? Be encouraged. Christ is changing us day by day, perfecting the masterpiece he promised when we first gave our lives over to him. March on, saint! He will finish the work he started (Phil. 1:6).

If you’d like to dig deeper, watch this video from Cru.org onsanctification.

30 Bible Verses for Strength and Courage

The Bible is full of passages about God as our strength and defender. Throughout the Old Testament, the idea of God’s strength,…